Because times are tough, days long and the economy dying, gamers broke or who have managed to empty their backlogs know what they owe the Epic Games Store. In addition to a top trio available now, the online store is already setting the stage for next week.

Those in a hurry can now set their sights on three new titles available for free on the “other” online store, since Deponia The Complete Journey, Pillars of the Earth and The First Tree become free as of this moment, and until Thursday April 22.

But don’t go too fast: in its great leniency, Epic Games has already unveiled next week’s roadmap, announcing the arrival of Alien Isolation and Hand of Fate 2 starting April 22, for one week.

Paradoxically, it is for a story of big money that the studio Epic Games was recently talking about him, when we learned of the raising of a billion dollars intended to grow the company, among which 200 million came from Sony Group Corporation. For its part, the Epic Games Store lifted the veil last month on its future community and social features, intended to facilitate interaction between players. What do we say when it’s free, already …? 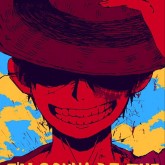